The main goal in designing the park, was to create a friendly, green space for the residents of nearby houses. Within 0.72 hectares of parkland we deployed multiple functions so that the use of the park brings joy and relaxation for both children, adolescents and adults.

One of the most important features that we have achieved in the presented project is its low costs both for construction and for maintenance.

Despite the fact that the city Tluszcz in not on the seaside, our idea was the introduction of marine elements. These would stimulate the imagination of users and dreams of long journeys, and also serve as a bonding concepts buckle park. In the park you will find a wooden pirate ship, which is simultaneously a playground for older children and symbolic dominant feature of the landscape, creating a unique natural park. Canopies designed in the park are made of sailcloth, and the surface of the terrain is undulating, which creates the illusion of waves.

Our project won the 1st prize in the local competition. 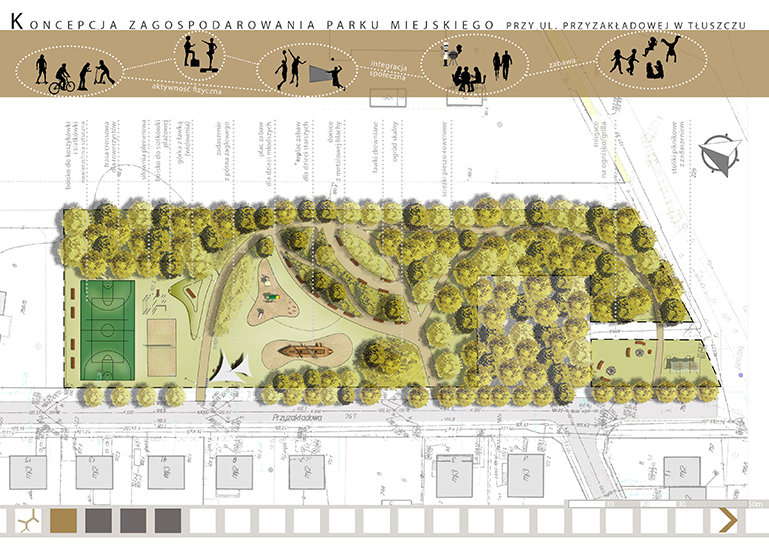 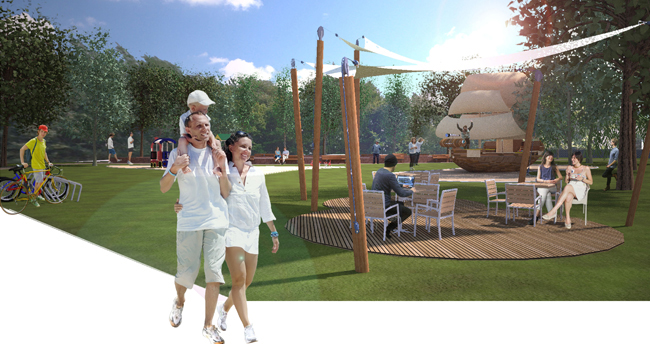 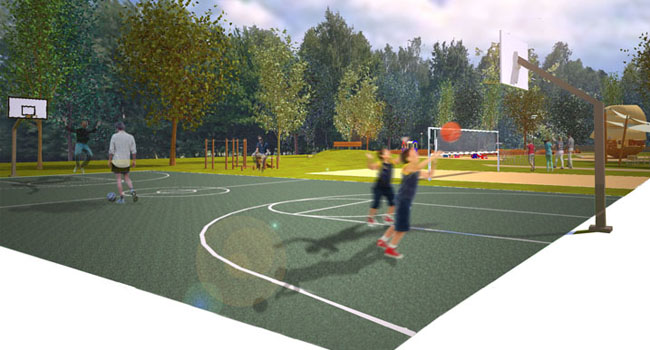